A rich and creamy no-bake and vegan blackberry coconut cream tart that will put you in a summer mindset without the hassle of baking a pie!

A few nights ago, I had an old friend over for dinner. As I thought about what to make for dessert, I pulled a recipe that I have been wanting to try for some time now but always told myself I would make another time. Making this vegan blackberry tart for no other reason other than inviting a friend over was so liberating – it almost felt rebellious! I made a mental note to do this more often. Food is one of my great passions, and cooking and baking are really important ways that I express and nurture myself and others.

This tart is no joke. If you love coconut like I do, you will really dig this dessert. It’s super simple to make, and it’s very healthy given that the crust is made from almonds and dates (there is only a small amount of refined sugar in the cream filling). The raw date and almond crust is very versatile and can be used as a base for a variety of other vegan sweets. If you aren’t vegan, you could make “regular” whipped cream for this tart and it would be just as delicious!

The original recipe, found in Food & Wine magazine, called for hazelnuts in the crust, but I substituted almonds. You can really use any nut that you prefer! This tasty little nugget put me in a summer mindset, with the berries and coconut combination. Making pies can be a bit of a pain, so this is a nice alternative for a summery pie without the hassle of making pie crust and turning on the oven. Just refrigerate and pull the tart out when ready to serve!

*Chill your coconut milk in the refrigerator at least 8 hours or overnight, being sure not to shake or tip the can to encourage separation of the cream and liquid. It's also helpful to chill your mixing bowl for at least one hour before whipping.
Keyword almonds, coconut milk, coconut oil, dates 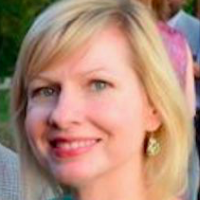 I am MaryAnne, a food lover living in SoCal. Gastronotherapy is where I create easy (and mainly vegetarian and vegan) recipes that cover an array of cuisines. And I have a huge sweet tooth, so there are lots of desserts, too!